From cleaning to coding DJ in a screaming choir

Senior Software Developer Jari Ruokonen came to Valamis as a senior-aged trainee via a cleaning company.

Jari Ruokonen stood in a stranger’s house stranger wearing his protective coveralls and made an interesting observation: it really is possible to have crap on the ceiling. This did not startle Jari too much; he took his mop and started to clean.

It was the year 2009. Jari had seen it all in the past few years while working for an Oulu-based cleaning company as a jack-of-all-trades. Working as a cleaner was very different than his  previous job as a coder at an IT company. There was no point yearning for his previous job, though, since it no longer existed; Jari’s entire team was laid off 2008 due to the financial crisis.

“The technology that my whole team was focused on became redundant. First, we worked for years to create something, and then the technology we developed made us and our creation useless,” Jari says sitting by the meeting table at the Valamis office based in Oulu, nine years after he was let go. 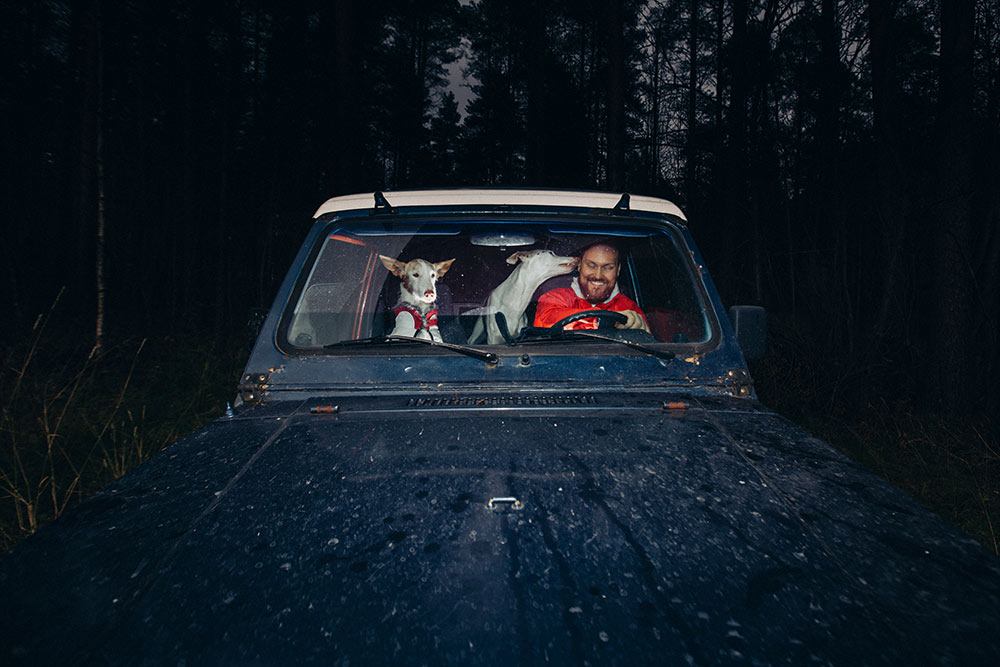 Jari decided to return to the university to continue his information technology studies. However, he never finished university as his part-time job at the cleaning company turned into a full-time position. Jari’s curiosity kept the job interesting, well, at least at first.
“My social skills evolved as I spoke with residents.”. Some of the most memorable apartments had not been cleaned for years. “It was quite interesting, too,” Jari admits.

One time at a customer’s, Jari found an envelope with a credit card inside under a pile of junk. The sender of the envelope, a bank called Postipankki, had changed its name to Leonia ten years ago.

“Everything was stagnant in the apartment. It was obvious that the people living there had lost their interest in life.”

Almost to Nokia and back

Despite Jari’s curiosity and interest in the stories behind the homes he cleaned, Jari’s passion is coding, and he planned his return to his field.
“I just love the feeling of being carried away by the work and when time flies.” That never happened when he was cleaning.

Although he wanted to return to coding, he had to wait. The field of technology was hibernating quietly in Oulu after the famous dot-com bubble burst in the beginning of the 21st century. Jari maintained his skills by coding games for kids with his friends. 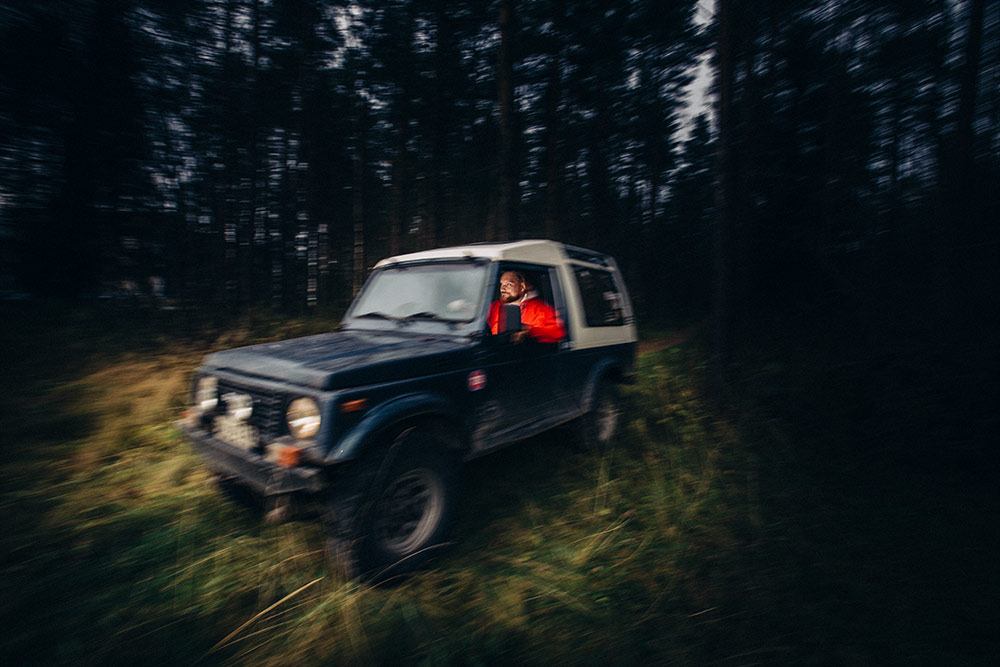 Little by little, new job announcements started to emerge on the pages of the local newspaper Kaleva. Every single day, Jari checked the Finnish website for jobseekers, mol.fi, and wondered where to send his applications.
“One time I almost got hired by Nokia. I went through several interview rounds and then, just like that, they ceased the whole production of affordable mobile phones. This happened only a week after when new employees were still hired. ‘Well, how convenient’ I was thinking ironically.”

The fact was, the longer Jari didn’t have a job coding, the harder it would be for him to return to the IT field.
“When a friend of mine told me about a traineeship opportunity at Valamis, I thought to myself,‘OK, this is important.’”

In the traineeship interview, Jari was asked whether he really understood that this was a traineeship with a traineeship level salary, as he was already 37 years old. And he did. He had decided that his passion would overrule his economic survival.
“The only thing in my mind was that if only I get the chance to prove them my skills and worth. It was the most important thing.”

From trainee to senior

Jari got the traineeship. First, he came to the office feeling both excited and confused.
“I was one of the oldest ones at the office but I had a long break from the IT industry. I wasn’t sure how people would welcome me and, most of all, if I could actually fulfil the expectations people had for me.”

However, it didn’t take long before Jari was already one of the group members. The office’s traditional coffee break at 2 p.m. and the summer trip to Valamis’ Petrozavodsk office made it easier to integrate into the work community.
Four months passed quickly as Jari had his hands full of interesting projects. Soon, the Chief Human Resources Officer came to Jari’s desk carrying a full-time job contract in her hands. Almost without notice, the traineeship turned into a permanent job, and today Jari works as a senior software developer at Valamis.

“I got the confirmation that I needed: They believed in me and wanted me to stay. I celebrated in my head.”

DJ of the office and the mystery of a unicorn

Parties and other events are often organized at the office, and Jari is a rotating DJ at these events.
“Music has to make you move. That’s something I’m not willing to compromise on.” The ‘please-play-it-again song’ of last year’s pre-Christmas celebration was Roy Orbison by Stig, without a doubt.

At the last party, Jari came up with an idea to rent a fog machine and disco lights from a children’s party service company. The revelers went home at sunrise.
“I guess it tells something about this work group, too, that we can also have a good time outside working hours.”

A gaping hole on the ceiling of the billiard room is a reminder of the party. The coder team partied so hard that, by accident, Jari put his wrist through the ceiling.
“After the party, a colleague of mine wondered how we could fix the hole. And then we had an idea to place a unicorn piñata to cover the hole.”

Unfortunately, after some time, the pink unicorn piñata called Säihky mysteriously disappeared. “To this day, we have no idea where she has gone.
Here, we have an atmosphere of spontaneity: if you feel like disco machinery and a piñata are must-haves, then you just get theme,” Jari continues.

Oulu is the city of the future

At the very same moment as Jari cracks the door of his detached house, his dogs, Paco and Peppi run out. Playful Paco grabs his toy straight from Jari’s hand.
“Hey, bring that back and jump in, both of you!” Jari shouts, laughing.

A 1987 blue, red, and white-colored Suzuki jeep, also known as ‘the Lego brick’, is ready to depart. Jari persuades Peppi and Paco to jump into the car trunk and knocks twice onto the front door before it opens.
“This still needs some touch-up work here and there,” Jari says.

He begins a bumpy ride to the forest near the Oulu border. Big dogs require a lot of living space. That is why Oulu suits Jari so well.
“I like dogs because every day is a good day to them. A detached house with a fenced yard is the best form of dwelling for them. And, this type of living in Helsinki would be impossible or, at least, ridiculously expensive,” Jari continues talking about detached houses as he slowly makes his way into the forest. 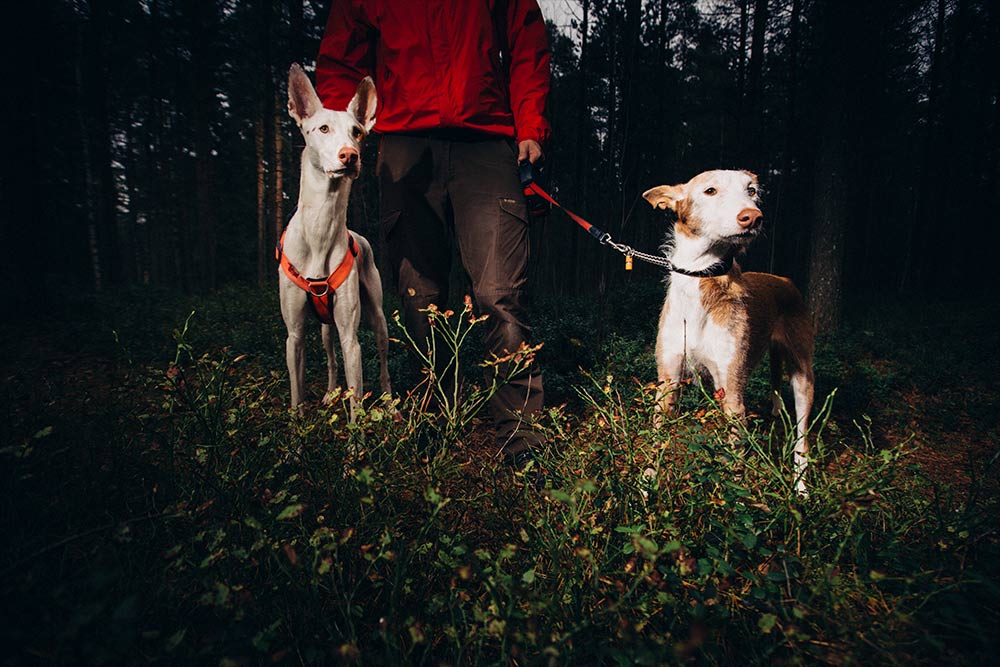 Behind the steering wheel, Jari tells that, after he was laid-off, he was uncertain that there would ever be a future for him in the IT field. Now that uncertainty is gone.
“I’m pretty confident that digital services and sites will always be created in some form. The forms just change. Contrary to my first job, here at Valamis we have to learn something new for each project. I believe this is the way to keep up with change.”

Jari points to the brown roof ceiling of his Lego brick car saying that it can open. Next summer, no roof will be needed as Jari and his Valamis colleague Andrei plan to drive up to Kuusamo and over the border into Russia with their hair waving in the wind.
“I want to go to visit the origins of my father’s family. My colleague speaks fluent Russian and he wants to go fishing with me, so we both benefit from the trip,” Jari smiles.

The quality of work matters

Jari walks back and forth in the Valamis meeting room with his head nearly touching the ceiling. He is demonstrating how Mieskuoro Huutajat (The Screaming Men’s Choir) arrives to the venue.
“We create comic art as we move in a precise formation with an overly serious expression on our faces and ties around our necks.
Jari has been a screaming member of the choir for sixteen years. The choir is one of the most important reasons he chooses to live in Oulu. Each week, Jari rides his bicycle to the choir practice held at a former depot building.
“First, you warm up your voice like in any choir. Then, we all make a few bad jokes before we start to scream.”

Jari has screamed with the choir, for instance, at the Venice Biennale and as a part of a dance performance in Paris. This year, one of the most important gigs was the performance at the Air Guitar World Championships because his Valamis colleagues were cheering in the audience.

The best thing about the choir is the diverse group of people who are, in addition to his Valamis colleagues, Jari’s vital support system. The choir group has been beside Jari from the moment he was laid-off, through his cleaning adventures, to his career with Valamis.
“When I started at Valamis, I recommended one of my choir mates to my former position at the cleaning company. It is fun to hear what is going on in the lives of my former customers.”

The choir members range from a rock ‘n’ roller to a doctor, but, when they scream, nobody remembers or cares about their social status or profession.
“The only way to know, is to ask about the choir member’s backgrounds. It’s the same at Valamis. I like the fact that nobody cares where you have acquired your skills, the quality of your work is the thing that matters.”

Jari’s background is not unusual. Other coders at Valamis have acquired professional experience in unique situations. Jari’s cleaning experience may not have taught him anything about coding, but it did teach Jari that you can get through anything and that it is never too late to change your direction in life.