Mikko, who works as a UX Designer, has advanced from an intern to the senior level in only three years.

A hint of laughter can be seen in his brown eyes. In sunny spring weather, Mikko Kulin sits on the stairs of the Helsinki Cathedral and admits that he knows almost all the episodes of the Peppa Pig kids’ series by heart. Mikko has a child under two who loves Peppa.

“I’d like to watch the Moomins, but she isn’t ready to concentrate on anything other than Peppa,” Mikko says, laughing.

Fatherhood involves continuous learning about your child, life and your own self. Mikko is eager to learn new things and is totally comfortable with this. That attitude gets him to both solve challenges in the frustratingly difficult Dark Souls video game for hours on end as well as succeed in his job as a UX Designer.

“I’ve found my career path and I’m going to keep walking on it,” says Mikko, emptying his paper coffee cup. Coffee is the elixir for parents of small children, and it is considered a luxury to be able to drink it in peace.

Three years ago, Mikko was still unaware of what UX Designers actually do for a living. He did not imagine being the father of a small child, living in Helsinki, or working with a NASA astronaut either.

Mikko was supposed to become a historian or a teacher.

“In my matriculation examination, I took geography and religion because these subjects are also full of history. I even took an entrance examination to study history at the University of Tampere. In hindsight, I’m actually glad I didn’t get in.”

Instead, Mikko ended up studying computer science at the University of Joensuu. Mikko, who had spent his childhood years in Riistavesi, close to Kuopio, moved into his own apartment in Joensuu and began building his life. It did not take him long to decide that technological subjects were not for him. The three years that he spent at the university focused on organizational work and studying his minor subjects, communications and cognitive sciences. In the end, Mikko decided to study communications at the Joensuu University of Applied Sciences.

Near the end of his studies, Mikko and his fellow students were invited to visit Joensuu-based companies. Mikko had already heard from his friends that the people at Valamis, back then still known as Arcusys, formed a great group and maintained a good atmosphere. This impression was confirmed during the visit, helping Mikko make a decision.

“I applied for a six-month internship at Valamis. I sent an email to Jarmo, who is in charge of the UX team. I told him that I’m ready to learn new things.” 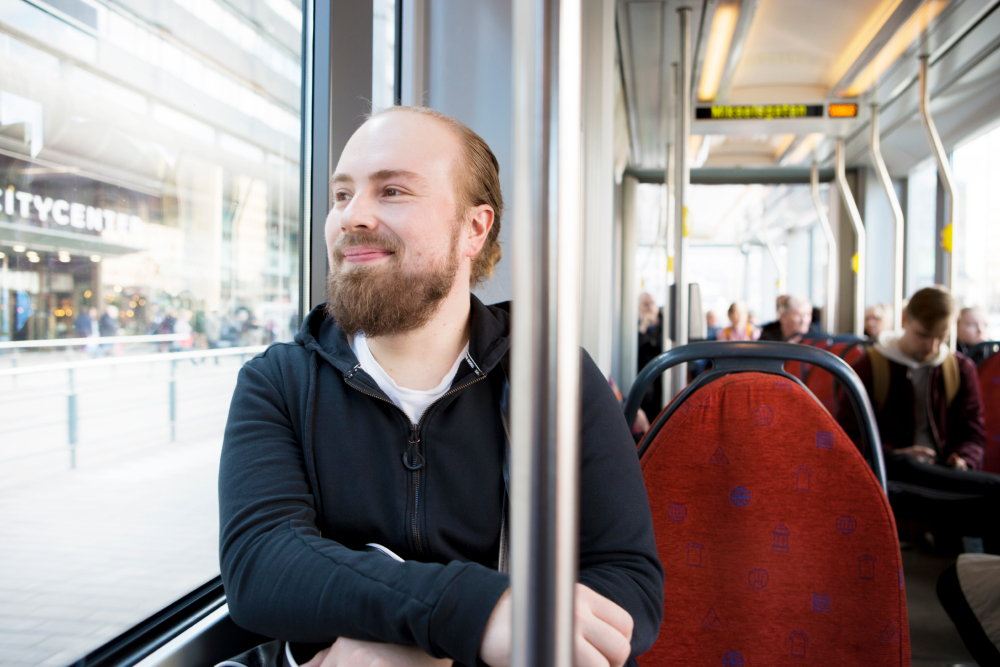 It’s all about attitude

The email helped Mikko land an interview. He admitted directly that he had no work experience related to this area whatsoever.

“I told the interviewer that I wanted to see what people in this area actually do. I had no experience or any idea about the work, but these shortcomings were compensated by my passion for learning.”

Because his portfolio was not extensive, Mikko relied on his attitude.

In spring 2015, Mikko got married to his fiancée and entered the Valamis Joensuu office for the first time as a UX team intern. Almost without any warning, a new phase in his life was beginning.

Lessons learned from an astronaut and the maternity ward

Near the beginning of summer, Mikko found out that he would participate in the NASA Epic Challenge project as a UX Designer. That feeling was difficult to describe.

“I never imagined in my life that I would be working with a NASA astronaut. Nevertheless, my first customer at Valamis was NASA’s Charles Camarda,” Mikko explains.

While Mikko was introduced to NASA, he also got to know the digital Valamis Learning Experience Platform in more detail. Mikko was part of the team that built the platform on which the Epic Challenge students, teachers, and experts studied and exchanged information. The themes that inspire Mikko, e.g. learning, usability, and cooperation, were brought together in the project. The young UX Designer began to feel that he had found his niche.

The previously aimless daily life was suddenly booked full of activities. University assignments, exams, and countless hours spent at the keyboard were enough to cover entire days. His thesis began to feel like a marathon that was supposed to be finished as quickly as a sprint race. Mikko felt the urge to graduate so that he could be more heavily focused on his interesting work.

“If I were to give advice to my younger self, I’d say finish school before working.” 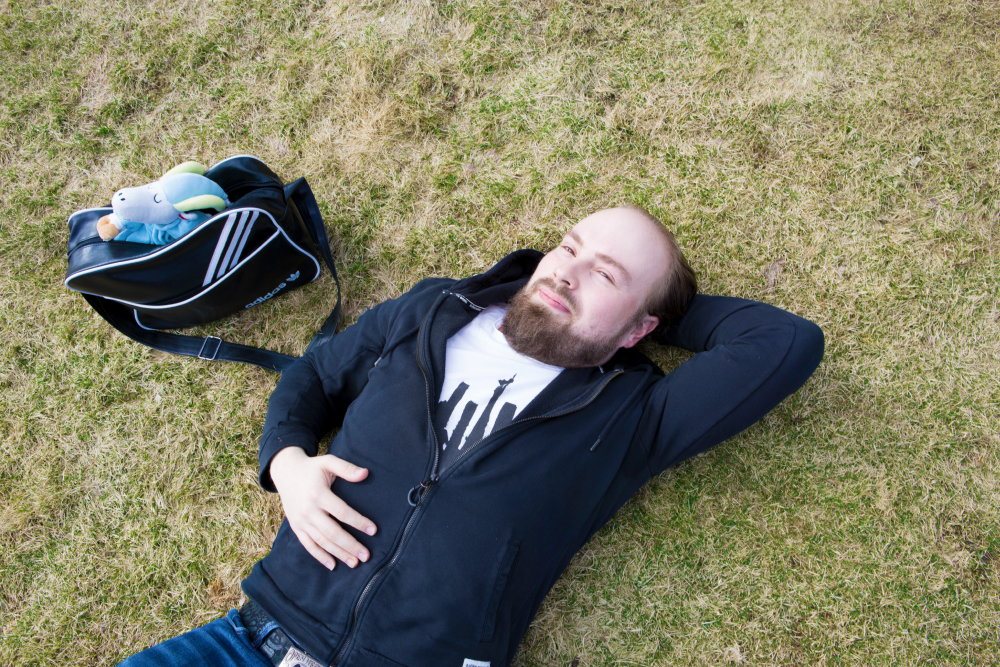 In summer 2016, added to the daily life of Mikko and his fiancée Laura, who works as a teacher, was their firstborn child. Studying and working were now accompanied by diaper changing.

“When we left the maternity ward, I had the feeling that we shouldn’t leave yet because we didn’t know what to do! However, practice taught us quickly and it was very easy to learn the gentle art of changing diapers,” Mikko says.

Mikko was now beginning his career and learning to be a dad simultaneously. It was clear from the beginning that family would be the priority in all matters.

“Our daily life has been made so much easier by agreeing on the common rules with my employer. They have been very understanding and flexible whenever my presence is required at home. I am truly grateful for this.”

A change of desks

The couple had to sit down for a talk when Laura’s maternity leave ended. She had several opportunities to work as a teacher in the Helsinki metropolitan area, but there was not a single open position in Joensuu. In Eastern Finland, the couple had their families. In Helsinki, it was an unknown future.

“We considered trying to build our own life together somewhere else. I had never even given moving to Helsinki a thought, but, in the end, it is pretty similar to any other town in Finland,” Mikko says.

Mikko went to see Jussi, the company’s CEO, to ask if it was possible to move his desk from Joensuu to Helsinki.

“Jussi just told me to inform him when I was moving so that he could order a new desk for the office,” Mikko says, smiling.

In March 2017, the moving van first took a wrong exit at Leppävaara, but after a brief detour, the correct address of an apartment building near Villa Elfvik was found. The fact that the area’s buildings have some space between them, close proximity to nature and the sea emerging on the horizon welcomed the couple to the neighborhood.

Whenever he has the chance, Mikko explores the new environment on his bicycle. The view changes quickly from clusters of apartment buildings to forests, coastlines, and vast tracts of fields when you circle the Helsinki metropolitan area.

Family life with a toddler has also found its place in the daily routine. Mikko knows his way around the kitchen and cooks whenever he has the time. The secrets of cooking have been unrevealed through experimenting with different combinations on the palate.

The UX Designer, who is used to tackling the issue of usability, has no problem with learning through trial and error.

“I rarely look at recipes. I think it’s more fun to experiment.” 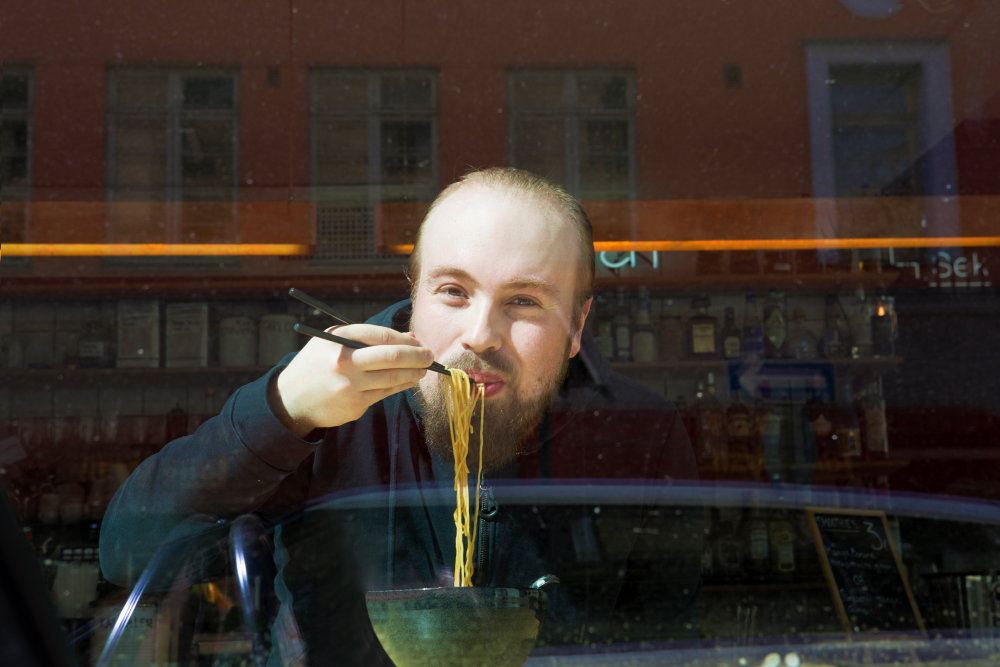 Never too late to learn

In the last three years, Mikko has had a lot to experiment with as he has become a father, a UX Designer and a resident of the Helsinki metropolitan area. Nevertheless, everything has worked out perfectly. After three years of working, his title was prefixed with “Senior”. This is an indicator of trust, admirably performed work and giant leaps of professional development in a very short time.

In the midst of a busy daily life, he knows how to enjoy the little things, such as the sun shining on his face, relaxed mornings at the office, and the possibility of walking along the coastline whenever he feels like it.

“The sea is still a fascinating novelty to me. I identify myself as a lake person,” Mikko says, walking from the cathedral toward the Halkolaituri pier, which is surrounded by a magnificent view of the open sea.

“My friends like to take me to different places in the Helsinki metropolitan area, and ‘I’ve never been here’ has almost become my catchphrase,” Mikko admits.

Here we are again, facing something new.