Keys to a new life were found in Joensuu

When the System Specialist Anna Rimmer moved to Joensuu from Petrozavodsk, an era of learning new things began.

Anna Rimmer’s career as the Bank of Moscow’s Senior IT Specialist ended when she was expecting her second child. She was in her third trimester when the branch she was working at closed its doors. Suddenly, Anna found herself without a job and with no certainty about her future. Many people would have regarded the situation as the closing of a door, but Anna decided to perceive it as the opening of new possibilities. After the birth of her daughter, Anna started to gradually look for a new path forward. And so began her new life.

– I received suggestions from headhunters regarding different positions, but nothing seemed like the perfect fit. When I received the suggestion to apply for Valamis, I noted straight away that the position seemed too demanding for me.

Anna has plenty of education and experience, but she was lacking the experience in using the technology Valamis uses. When she received the third email suggesting that she should apply to work at Valamis, she figured that her moment had arrived. Anna was especially interested in the international aspect of Valamis, the opportunity to try something entirely new and the chance to advance towards new challenges in her career.

During the interview, the System Specialist is seated at the Valamis Joensuu office’s sauna space with a lovely view overlooking the market. The view is both new and familiar to Anna. It’s a familiar view from work trips and vacations with both family and colleagues. The Petrozavodsk office has its own Valamis sports group where the colleagues exercise and try new sports together. Together with the group, Anna has attended the Joensuu Run event where she’s run anything between half marathons and 10k runs. What’s new about the view overlooking Joensuu is that today, Anna can call it her hometown.

From Petrozavodsk to Joensuu with a suitcase

The life in Petrozavodsk was in great balance. The kids were happy in school and day care, and Anna and her husband had good jobs. More than three years at Valamis had gone by in a flash and Anna strongly felt like a part of the Petrozavodsk office team.

In November 2018, Anna traveled to Joensuu for a work trip. The sky was gray over the leafless trees, but that didn’t affect her joy. Anna enjoyed meeting up with the Joensuu colleagues, many of whom work in the same international team with her.

During the work trip Anna got so into her work that one night, she stayed behind at the office after her colleagues went home. Thanks to the unusually late working time, Anna happened to be on Slack at the same time as Mika, one of the founding members of Valamis who nowadays works in Boston.

– I was telling him all about the excellent atmosphere in the office, and Mika said that if I liked it so much, I should move here, Anna says.

It was easy for Mika to encourage Anna, as thanks to Valamis, he had moved to two different cities himself. Back in the day, Mika moved from Joensuu to Helsinki in order to set up the Valamis Helsinki office. Later, when the opportunity to set up the Boston office opened, he did not hesitate to say yes to this new challenge, too. And that’s where Mika remains today.

The thought of the change was appealing to Anna. After carefully considering the move for quite some time, she asked her employer whether an internal transfer from Petrozavodsk to Joensuu would be possible. If the answer would be yes, the whole family would move to Finland. If the transfer would not be possible, the family would stay in Petrozavodsk and buy a house there. In any case it was evident that both Anna and her spouse were longing for a change in their life. Five months after asking the question, Anna and her family were standing on the doorstep of their new home in Joensuu.

– I feel at home here. During the first weeks I asked my son every day how he was doing in school. Eventually he replied that I wouldn’t need to worry, because everything was going well.

The move happened quickly. Anna’s colleagues advised her with the necessary licenses and, for example, with matters related to starting school. There was always someone ready to help her.  Anna, her husband, her 9-year-old son and 5-year-old daughter packed their suitcases and headed towards Joensuu.

– Everything happened surprisingly quickly. I received support from all my colleagues, as well as assistance with the visas, documents and notifications.  We also found an apartment with the help of a colleague, who’s father’s rental apartment was conveniently becoming available right at the time of our move. The transfer to Joensuu was definitely a big challenge. But all challenges are filled with positive opportunities, Anna says and laughs.

For Anna, it’s easy to see the positive side of things. Thanks to her attitude, she views the new as an opportunity instead of an obstacle. And with this attitude, Anna was able to view the move to another country with a new culture and language as an adventure.

When Anna’s son wanted to learn how to cycle after moving to Joensuu, Anna also bought herself her very first bicycle. The first times riding did not cause many whoops of joy, but hour by hour Anna noticed how practicing produced results. Today, Anna cycles to work daily and thoroughly enjoys it. When Anna’s son was enrolled into art school, Anna, too, signed up to a drawing course in order to continue her beloved hobby. Next Anna is planning to start swimming together with her son.

– Life is more enjoyable when you do the things you love. Many people needlessly put off starting or trying new things. I have started all kinds of new things from zero. If there’s something you can do, you must try it. 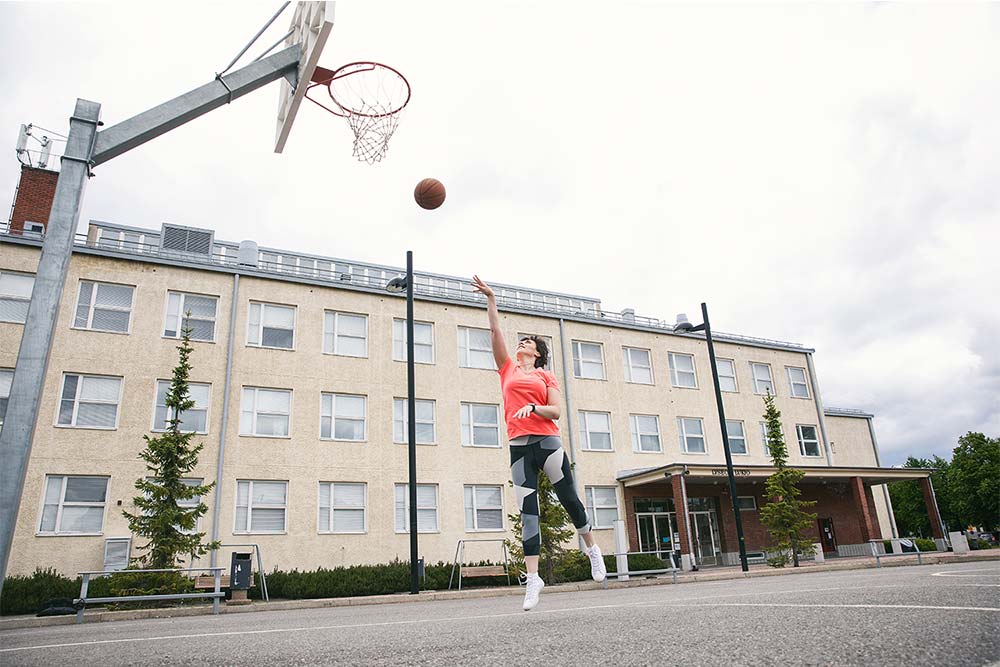 Anna also plays basketball together with her husband and son. By prioritizing hobbies and active life, it’s rather easy to find time for all of this in the everyday life.

– Sometimes you can opt for a ready-made meal in order to find the time to get out and play together with the whole family.

Balance in the everyday life

Anna is naturally a morning person, so on a remote day she may start working at 6 a.m. During office days, she takes her bicycle and arrives in the office by 8 a.m. at the latest. Flexible working hours also make it easier to balance life between work and family.

– At the Joensuu office, many of my colleagues start working at 8 a.m., which I find wonderful. Flexible working hours are very important to me. They make it easier to strike a balance in the everyday life. 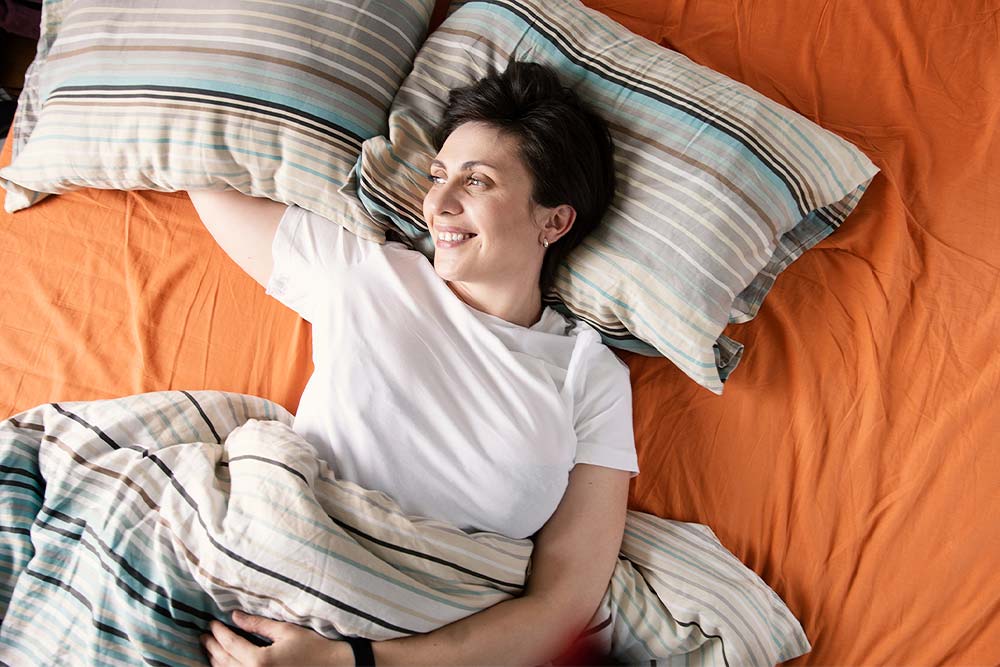 Although it has only been only a few months since the move, Anna has settled in well in the Joensuu office and feels very comfortable there. As a System Specialist she works with lots of people. Thanks to this, the new workplace and its people have quickly become familiar.

– Working for Valamis has ensured that English has become my main working language and an important part of my everyday life. The move to Joensuu means that I now want to take up Finnish lessons in order to better take on the Finnish culture. This would have already been possible in Petrozavodsk. As a matter of fact, some of my colleagues in Petrozavodsk started to go to Finnish lessons a year ago, just for fun. Back then I still didn’t know I was going to move here, so I didn’t join them.

When Anna faces challenges in her work, she spurs herself on by telling herself “Anna, you can do this!” and just keeps on going.

– I am motivated by the feedback received from colleagues, as well as by the fact that I feel like I’ve found my own place here. Here everyone has always helped me, and stupid questions don’t exist.

The place of personal happiness

The Valamis office is merely ten minutes away from Anna’s home. Along the way there’s a basketball court, and if one turns the other way from the crossroads before Anna’s home, one arrives at Linnunlahti that has become one of Anna’s favorite places. Anna and her family often cycle there together in the lush green natural scenery.

– I have lived here for four months now, and I’ll never want to leave this place. I’ve found the place where I’m genuinely happy.